Olympic Park was next on our list of places to see.  The sun was out and the ski jumps were in use as we watched freestyle skiers practice their flips, landing softly in the water below. 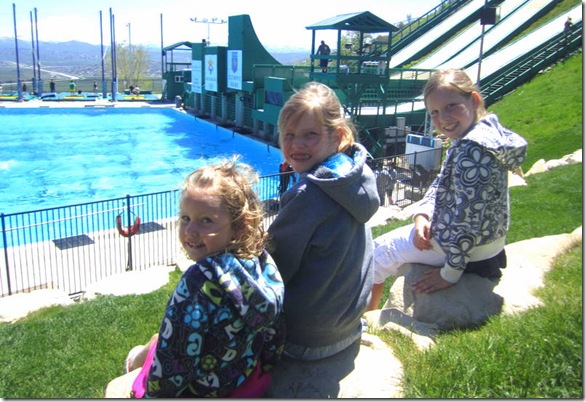 The Olympic Park Gallery displayed memorabilia from the 2002 Winter Olympics.  Cameron and Brooklyn were the only 2 alive when the Olympics were here!  The other 4 weren’t even a thought, ha!  What we didn’t expect were the hands-on exhibits where the kids could learn facts about snow, avalanches, Winter Olympic events and even ski downhill like an Olympic skier.  The best part about this venue was that these activities were totally free! 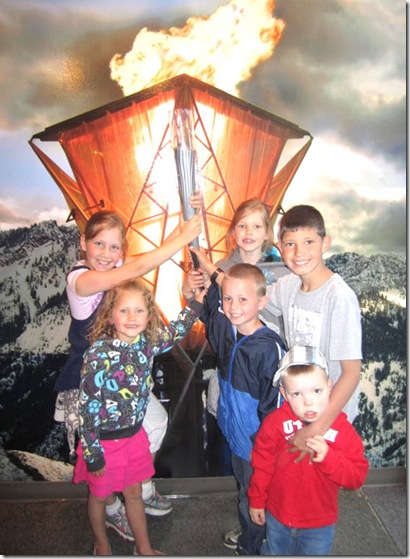