We had lots of fun activities planned for Spring Break.  This was not one of them…

After the Easter Egg Hunt at grandmas, Matti laid on the couch and simply could not breathe.  Recently diagnosed with exercise-induced asthma just weeks before, we rushed her home for several doses of medication from her inhaler.  It was not working.  After a few hours of waiting for her to get better, she didn’t.  I decided I couldn’t watch her body labor to breathe any longer and took her to the Emergency Room.   On a scale of 1-12, with 1 being “getting 100% oxygen” and 12 being “not breathing at all”, she was rated an “8” in the ER, with 5 being signifcant enough to be admitted to the hospital, and she was shortly thereafter.

They immediately started her on oxygen and breathing treatments every 2 hours.  The only way she could leave the hospital was if she could breathe on her own with an oxygen level above 90 for 6 hours while sleeping, breathing treatments extended to 4 hour intervals, and she stayed hydrated.  (She didn’t want to eat or drink anything the first day and a half).  It took until Tuesday to reach these criteria. 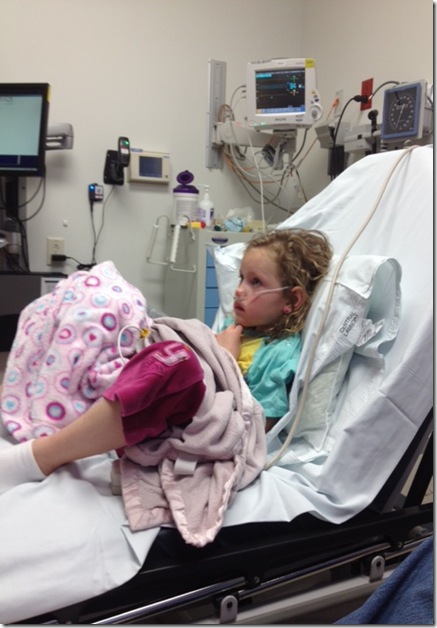 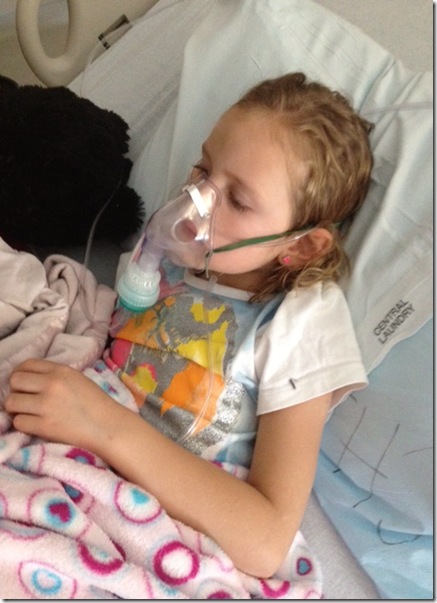 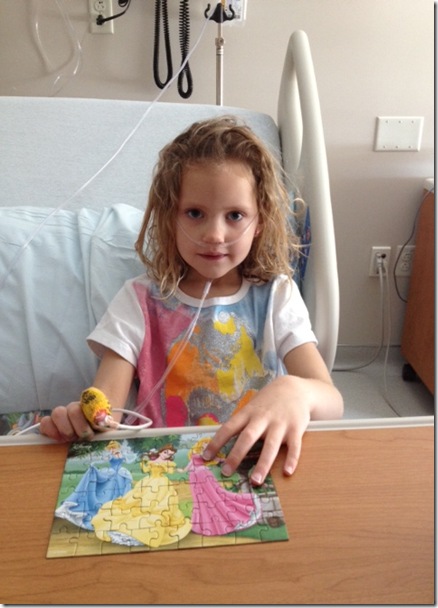 Although she was sick, Matti’s stay at Primary Childrens was as enjoyable as it could be.  They gave her a wand to paint, crayons, coloring books, an easter basket full of toys, puzzles and candy, a new teddy bear that she named, “Jellybean”, and unlimited slushies and drinks.  She said the chicken noodle soup was her favorite part of her stay.

On Monday afternoon, Britney came to spend the day and evening with her sister.  She climbed into her hospital bed with her and they played Barbies, painted and watched a triple movie feature along with the Disney channel  all...day...long. 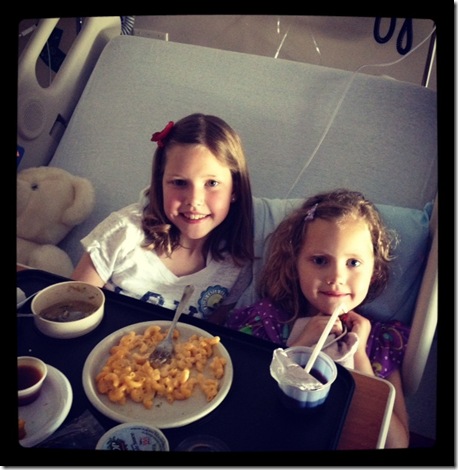 It turned out that Matti had a virus in her lungs that caused the asthma.  We now know the signs, symptoms and what action to take if this happens again.   Although I am not thankful for 3 straight days with NO SLEEP, I am so thankful for modern-day medicine and educated doctors and staff that were so sweet to my daughter.  I heart Primary Children’s Hospital!

So sad to see little kids in the hospital. What a trooper she is. Glad to know she is doing better.

Ohhhh...poor Matti! I'm glad she got better and it wasn't any worse. Her and Brit look cute!

Oh my goodness. I am so glad she is ok, and that you know what to do when it happens. So scary.

I was thinking about you guys, and looked up your blog--SUCH cute posts! (Although I'm terribly sorry Matti had to spend so much time in the hospital--awful, awful)!
Are you all settled in your new house? I hope things are good for you guys--we miss seeing you around!

Oh, I just scrolled back a little further and saw the "tour." Wow, wow, wow! I LOVE all the decor and furniture--you are so talented! Such a gorgeous place--so glad you're happy there!