While decorating Colton’s room, I happened to place the hats next to his crib within arms length.  They became his new source of entertainment during naptime and he learned to put them on and take them off.  Although he doesn’t talk or mimic yet, for a brief moment, he did repeat the short “a” sound for “hat”.  Although he hasn’t said it since, if we ask him to put his hat on, point to or go get his hat, he does it. 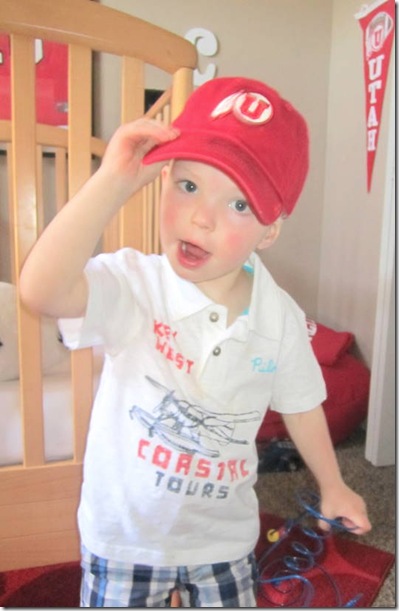 Its because its a Utes hat -- Utes blood runs in his Veins. Keep it up Colton!

That's awesome!!! It probably does have something to do with the Utes. :) I bet Justin was proud!